For school we have to get fountain pens. I just got one, and my mom told me to research them.

-The first practical fountain pen was made in 1884

-They look cool and that kid called kiddoinparis has one

What do you define “Home” to be? I found this poster, which defines it as “Home is wherever I am with you”, inferring that because I’m with the family, I am “home”.  That’s one definition. But if that were the entirety, it denies how much all the cultural ways in which home is also all the people around you.

Home to me of course includes my immediate family but also my extended family. It also includes the friends I might see every few weeks. It even includes how certain meetings run, or how my favorite cafe has a particular drink that I love and they know I want it even before I get to the front of the line.

How would you define home for yourself?

As some of you may know, I am into chess. But there definitely is a difference between playing chess here and playing chess back at home. The one that I am bringing up is the name difference. If you didn’t know, chess is based off of a battle of two kingdoms. And the bishop’s name, in France, is the Fou (Pronounced Foo). That literally translates to crazy, insane, or even demented. But who wants someone insane and demented person in their own castle!

It is so warm here. Sooooooooo warm. So a fan is what you need everyday. 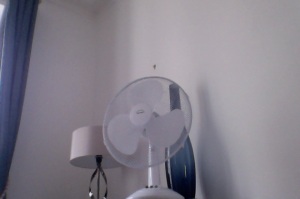 Ahhhhh, There we go.

As some of you may know, It is the last day of the Tour De France: 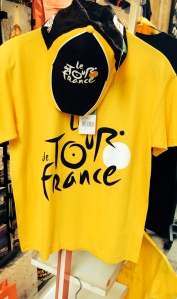 We were able to get a shot of the end of it:

Moving to a new country without speaking the language is probably the boldest and most courageous thing one can do. I now admire everyone who has ever done it.

Not knowing a language complicates everything. For example, week 1 here, I bought a face product that I thought I had “figured out”, and … basically burned part of my face in using it. First degree burns. Scars will be with me for the next six months, at least.

Another thing: It makes it super hard to navigate ordinary life. We asked our concierge to take some clothes to the dry cleaner, since I was sure I would be overcharged if I did it in English. I couldn’t figure out how to ask her the pricing and why I was asking her (it wasn’t for the convenience) and then nearly died of shock when… 50Euros later, we got the three items back. I die. Similarly, it took Curt about 5 phone calls and 10 emails to try and get the electricity in our name. Finally (and thank goodness), someone he works with bailed us out. Otherwise, we would have had the electricity in our name juuuuust about the time we left the country.

And the fundamental thing is how vulnerable you feel. Not that vulnerability is a terrible thing. There is a great deal of power in vulnerability as Brene Brown has taught us. But no one said vulnerability feels good.

Kiddo and I have been taking French lessons every day. While we know many people come here and only learn the basics (Bonjour, L’Addition, etc), that’s not what we want for our experience here. (It’s the same reason we chose not to enroll the kiddo to the many good American schools in Paris. We don’t want to live outside the culture, we want to embrace the French culture.)

We chose a language school that has an emphasis in smaller classes. Kiddo had 6 other kids learning with. The first week, I was with 8 folks, this week was 14 so the level of understanding was a little broader – thus harder to learn. We are also studying using Duolingo, which is actually quite good for teaching you.

Week 1, I was so hopeful and then created index cards and am a learning fiend. Kiddo was drilling me on the index cards and in the process, I was really noticing how much he knew. But after week 2, I was mostly tired of not knowing anything. I know, I know, it’s a hard language and it takes time. But it gets tiring to pay attention for 4-5 hours every day, and still realizing that words I had “learned” over the last two weeks still can’t pop to mind.

Over the weekend, kiddo couldn’t even introduce himself to our landlady with a simple “Bonjour”. Funny thing, he knew that before the two weeks of expensive language lessons… but now, nothing. We couldn’t do anything in French from ordering a simple meal to well, anything. When we were ordering today, I heard my husband simply saying “thanks” in full on American-English, and I just wanted to throw my hands up in the air.

I’m super-sad at the idea of sitting in class again this week.

But, at the same time, I know that the path of learning is to live with discomfort. Feeling stupid is part of the path to knowing. It seems you cannot know something later without the “not knowing”… now. You have to leave enough space in terms of time and perhaps suspend self-judgment to allow new information to come in. At least, that’s the idea I’ve seen be relevant in other domains.

I keep imagining that kiddo and I will look back at these days of learning French together with great memories. But, this imagining could easily be a mirage. Time will tell. Off in the distance, it could be a mirage. Or it could be our future. 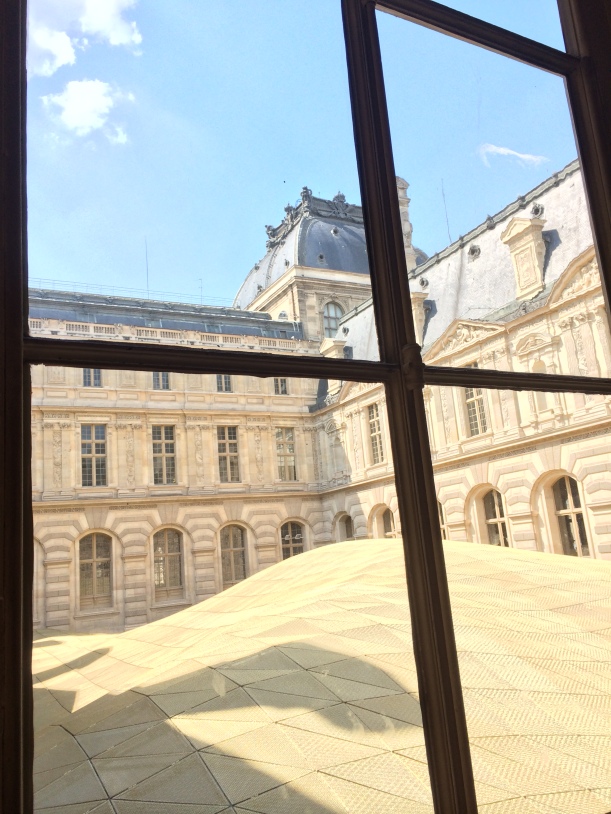 Taken Thursday, July 24th at the playdate we had with other folks from l’ecole Accord.

Okay, off to go see the Tour de France which is going by down the block from us.

Yesterday I made a post that mentioned a playdate at the Louvre. Now I will bring that into full detail. It started as soon as everybody walked through the rotating doors to get inside the Louvre. We went down a few escalators and got to the first floor. When we reached it, Me, my friend Mickey, and his Mom went to get some audioguides. One we had received them, we selected a tour on our audioguides, that were 3DS XLs, (Click Here For Info) and marched off. We ran around for a while in the massive museum, and got to see many cool things, Including the Mona Lisa: 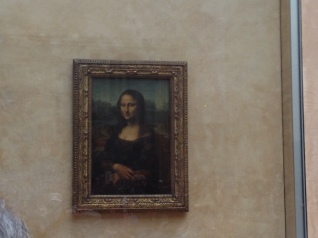 Since we were all pretty tired after that, we walked to a cafe-like place so that we could get some refreshments. When we were done with the Louvre, we reunited with my mom to go to the nearest park. Once we arrived, Me and Mickey went to go on some carnival rides. Well I should say a carnival ride because we went one the same awesome one three times in a row. Then we came back and played on the playground. We were finally so pooped out we could  barely walk, and we returned to our places after a big day of fun.

I recently had a great time with some new friends at the Louvre. Who can say that, right?

The Ultimate Defense for the 1300s, Awesome!