After months of being here, we realized we hadn’t actually enjoyed this place we now live in. So we headed off to Auvers-sur-Oise, the city where Vincent Van Gogh spent his last days.

We took the RERC to get there, just a few minutes from the apartment. We definitely feel lucky to get so many places without a car. We had to take one train far out and then a tiny “milk train” to the final city.

After which we walked around this beautiful city. It was raining off and on … Kiddo now has winter boots, which he has never had to have before. In California, you can basically wear summer footwear most the year round. We definitely notice the difference. <brrr. wet. colds.> 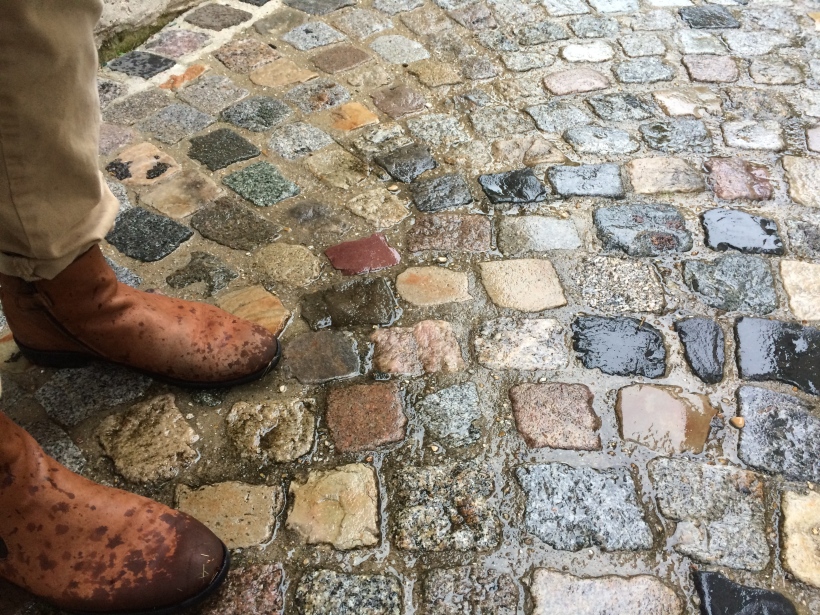 The city had a lot to offer.

Besides Van Gogh’s tomb (he died in 1890 and was buried at the new cemetery inaugurated in 1858. Theo, his brother and bestie, who died a year later, is buried nearby.)

There’s the city’s Notre Dame (every major city in France has a Notre Dame!) 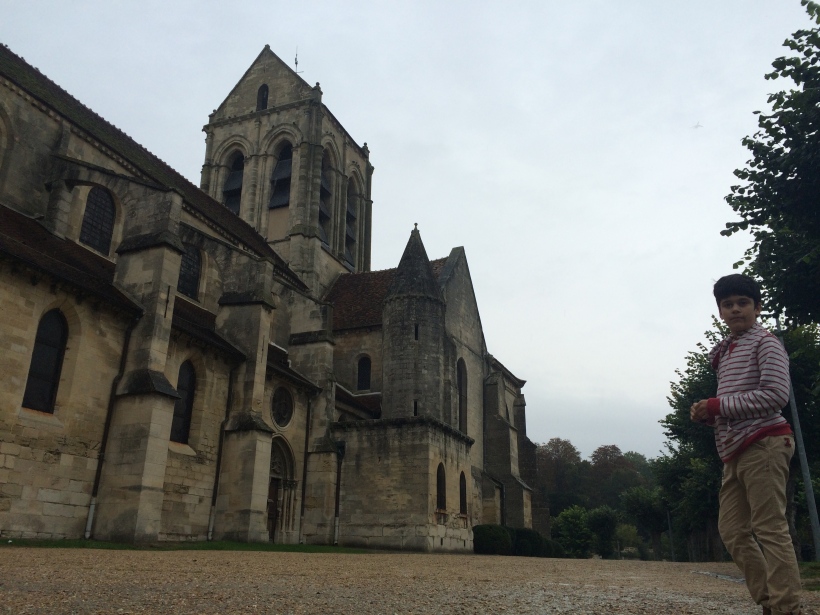 And the other requisite tourists being guided in English. 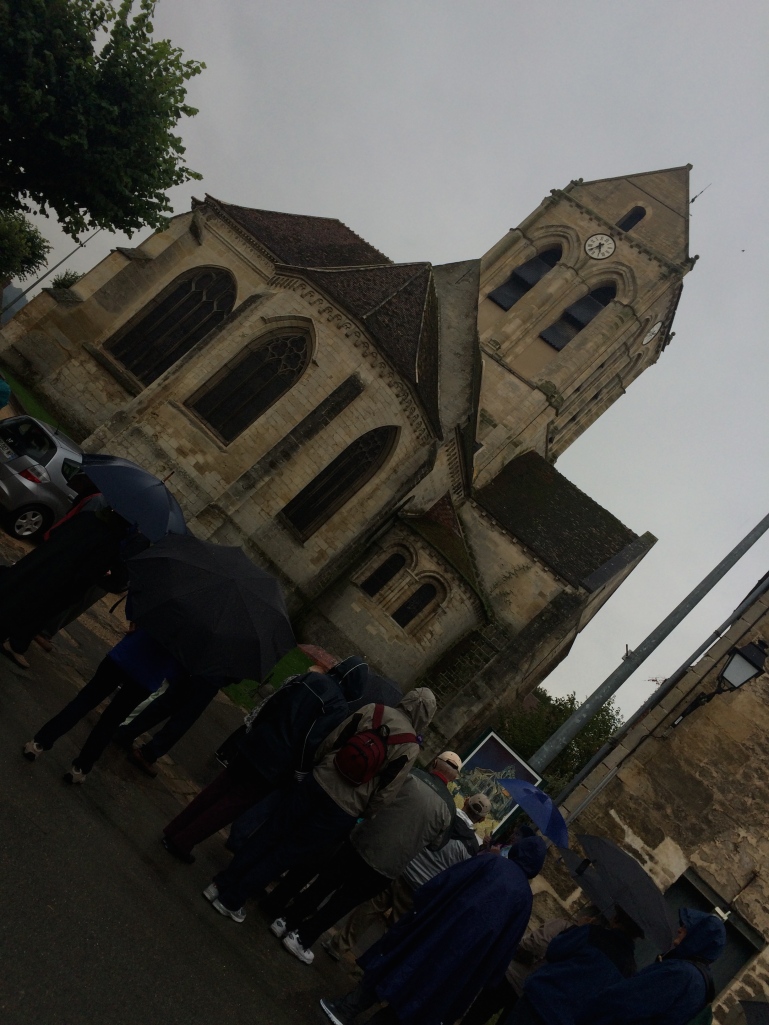 (tilted cause, you know, it’s probably how Vincent thought of it.)

We also went by the Chateau that Vincent painted.

Which we imagined would be a great place to live. You know, our “place” outside of Paris. Our weekend place. Our chez-soi.us. 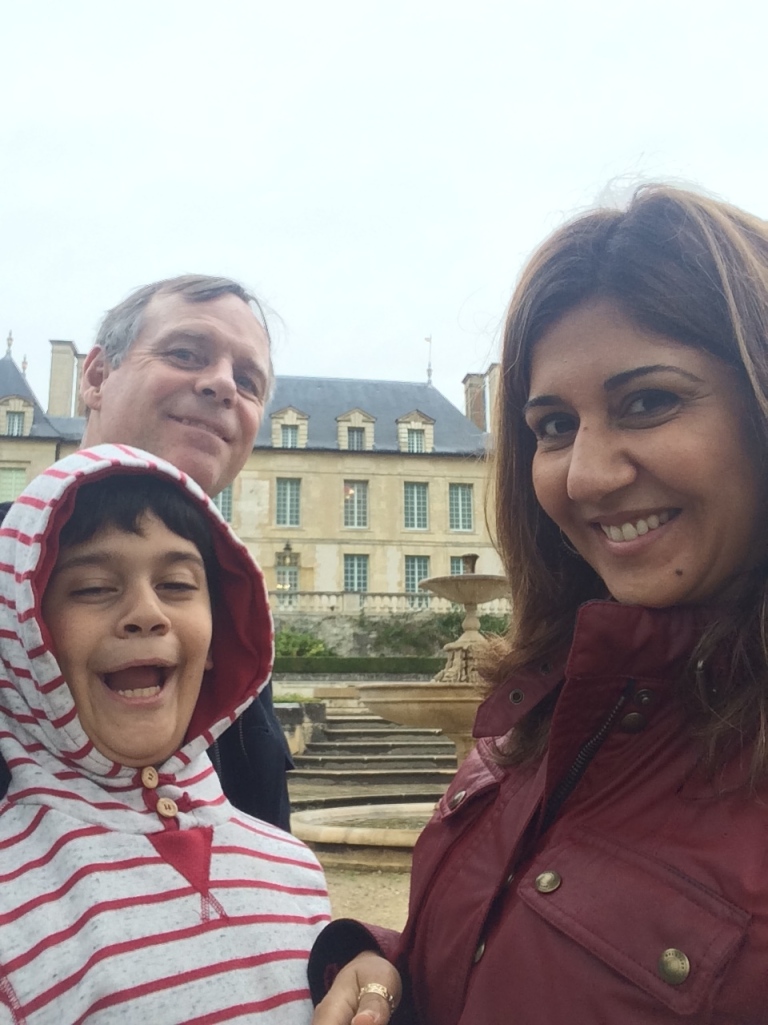 We saw the Absinthe Musee whic was interesting enough. I finished early and found a lovely spot to rest while everyone finished. For some reason Absinthe seems like the weirdest drink to me. But the spoons — the accoutrement — definitely have appeal. Unfortunately, I dont have pics of that cause no pics are allowed inside the musee. I think they realize there’s so little to see that if someone saw pics ahead of time, they’d have seen everything in about 4 shots.

While we were out and about, we thought of the people we miss back at home, who are celebrating birthdays and anniversaries. Soeur is the french word for Sister.

And finally we wandered our way back to the train for a return trip to Paris. 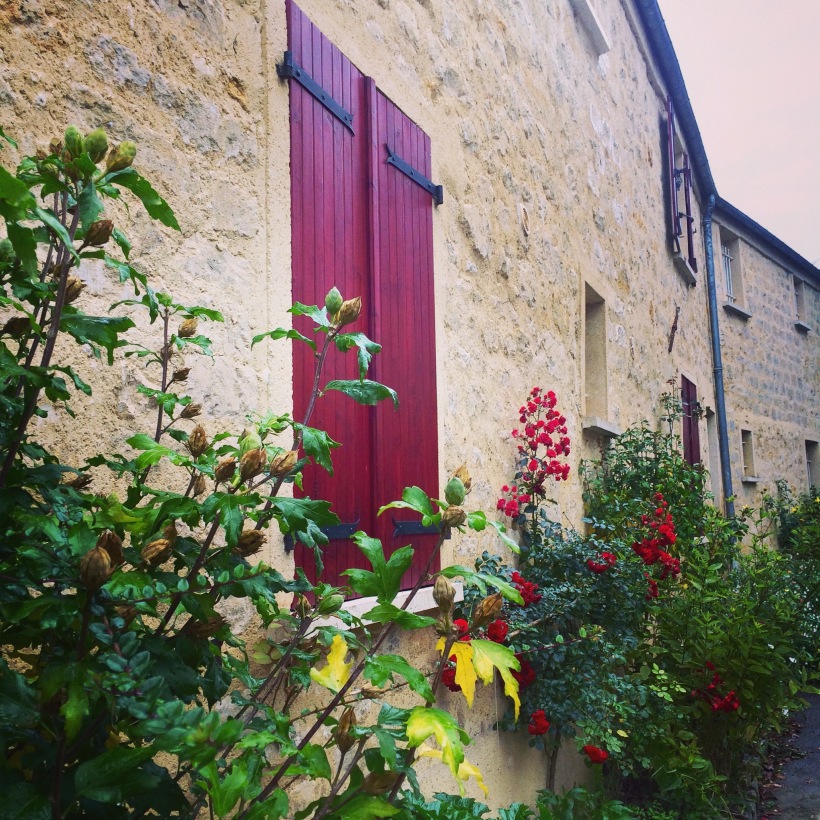 Kiddo especially seemed to enjoy the day just being together. That’s been the hardest part of this move. We’ve lost our bearings on how to take time to be together. But this was a good start.