For many reasons, learning to speak French (and understand spoken French) is difficult for English speakers. Leaving aside grammatical things like word gender, 24 verb tenses (of which “only” 6 or 8 are commonly used), verb conjugation and the distinction between formal “you” and informal “you”, etc, etc, I’ll just comment on some challenges with pronunciation.  BTW, I should mention that although I think I’ve got most of these rules right, I half-expect my son, who is far more fluent than I am, to point out some error in this post.  Potential corrections notwithstanding, here are several items that conspire on this front to make understanding (and being understood) difficult for English speakers: 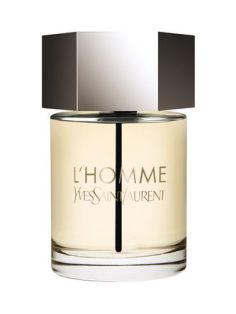 You can see the difference between the aspirated and mute ‘h’ in some titles.  The restaurant above called  “Le Hibou” (“the owl”) shows the aspirated ‘h’; you pronounce the name with three syllables: “luh eeboo”.  If the ‘h’ were not there (i.e. mute), then you would use the rule that applies when a single noun starts with a vowel: you would contract the article with the noun.  The image on the left shows the Yves Saint Laurent scent titled “the man”.  The ‘h’ is mute, so instead of ‘le homme’, you contract to L’homme.  It is pronounced as one syllable, between “lum” and “loam” (or, if they feel like vocalizing the final “e”,  LUMMuh.)

Most English speakers learning French (myself included) tend not to notice the distinctions between the French vowel sounds, hearing instead one of our familiar vowel sounds. Consider the following French words and contractions:

The words above are rather easy for the newby French speaker to confuse.  It’s not helped by the fact that several of the words are actually supposed to be pronounced exactly alike, and some will vary depending on whether the following word starts with a vowel or a mute ‘h’. So, “douze” (“twelve”) is said like “dooz” (or “do’s”).  “Deux” (two) is sorta between “duh” and “doo” (to me, it sounds like the German “ö” that I learned in high school).  The “x” is not pronounced… unless the next word starts with a vowel or mute ‘h’. When you say “Deux heure” (2 o’clock), the “h” is mute, so the “x” is said like a “z”, so it can easily sound like 12 o’clock. So if you’re not careful, someone may say 2pm, but you think they mean noon or vice versa.  One way to avoid confusion on the times is to use the words “midi” (noon) or “quatorze” (14) for 2pm.

The word “de” (“of” or “from”) is also pronounced basically the same as “deux” except generally shorter in duration.  “Doux” (soft or mild), “d’où” (from where) and  “D’houx” (mistaken contraction of the two words “of” and “holly”) are all pronounced like “dew”. “D’houx” is a mistaken contraction because the “h” in “houx” is “aspirated”, and thus I should not have contracted it. Instead, it should be written “de houx” and pronounced, roughly, “duh oo”.  So, sorry, trick question.The words “d’Eu” (“from Eu“, really), “d’eux” (“of them”) and “d’œufs” (of eggs) are all pronounced the same as “deux”.  Note that the “f” in “œuf” is pronounced when singular, but not when plural.

“Dieu” (God) is pronounced roughly like “d’yuh”.  “Du” (“of the” replacing “de le” but not “de la”) and “dû” (past tense of “devoir”, that means “to have to”) are pronounced the same. The vowel sound is close to the German “ű” (as in űber). Shape your lips to say “oo” then make an “ee” sound. Yeah, learned that in high school, too. (Perhaps I should mention that the circumflex mark on the “û” is now optional, so both forms can now be written as “du”.)   “Dont” (“which”) is pronounced “doh(n)” and only included cuz it’s in the title.

Of course, these are only the words that start with “d” and have a sound that, to “Laze Americah(n)”, resembles “oo”.  Similar challenges arise with other consonants and vowel sounds especially when the trailing consonants go silent.  “Lait” (milk) and “Les” (plural “the”) both sound like “lay” to me.

Last year, when Kiddo was already fluent, Nilofer and I would ask him to use his French so we could practice.  Once he said some sentence that we couldn’t follow and asked him to repeat it more than once.  We were stuck… Could kind of make out “puh” or “poo” (could be “peut”, or “can” or “peu” as in a “bit”) and “lay” would could be “lait” or “les”?  Could be “poulet” (chicken meat) Or, maybe we were splitting the words wrong!  “Poule” is a live chicken… maybe, um, “Poule lait”?  Yeah, I actually said “chicken’s milk” out loud in case, he might have said that. Turns out, no.  This was frustrating, but at least some hilarity was had at my expense.  I have no memory of what he actually said but we continue to say “chicken’s milk” whenever we horribly mangle an interpretation.

By the way, learning to write well in French also turns out be rather difficult for other reasons than understanding and speaking French.  Sometimes it is best to think of French as two languages; one spoken, one written.  Which of course just adds to the joy!  Butt, two bee fare, wee dew no that learning English is naught a peace of cake four others.

I enjoy contributing to solutions at Appropedia.org.